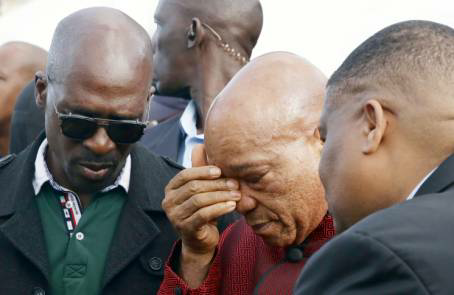 CAPE TOWN —- The president of SouthAfrica, Jacob Zuma has on Wednesday evening announced his resignation as President of the country following a protest by the opposition EFF.announcing his resignation in the presence of few press men, Zuma did not give reasons for his resignation ashe said “I have stepped down as president of South Africa”.The EFF promised they would shut down Tshwane with a mass march to demand that President Zuma steps down. On Wednesday, the streets of Tshwane were covered in red, but throughout the day bursts of violence erupted and police fired rubber bullets when the EFF made their way to the Union Buildings.