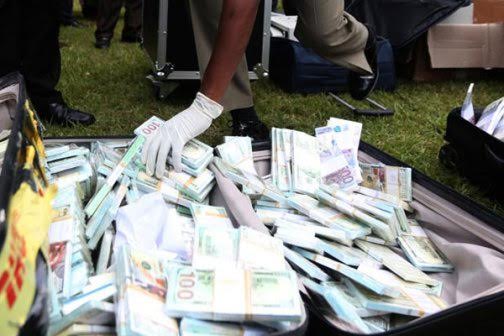 Kenyan police raided a house in Kayole area, Nairobi on Friday, November 11th and arrested a Nigerian involved in printing fake US dollars. Over 860,000 fake US currency (pictured above) were recovered in the operation. The police conducted the raid after receiving credible intelligence that he was in possession of the fake dollars.

The Nigerian was taken to custody as hunt for his accomplices continues. Police suspect more of the fake papers had been supplied to the market. Unit head Noah Katumo said such money is used for political campaigns in the country and affect the economy.